10 reasons why you should file your tax return timely.

You must read this If you are a Director in a company registered in India?

All what you need to know about Bitcoin today

Cryptocurrency trading is One of the fastest growing markets on the global platform. As of April 2017, the combined market value of globally traded cryptocurrency was $27 billion which has crossed 800 billion during the month of Jan 2018. Every country in the world looks at this platform in its own perspective. As of today, there is a mix response from the different country. Where few countries have gone to the extent of banning the trade of cryptocurrency, while few other countries have shown their interest positively by establishing some regulations and policies the encourage the trade and ensuring the safety of the investment by investors. This varies not only with the different type of countries but also with the time. Depending on the economic position, policies and standards are put forward. At present, Japan has welcomed the crypto market and a large number of platforms for trading of this currency has been licensed and provided permission to function within the borders of Japan. All alone in Japan, 3.5 million people are trading in the cryptocurrency.

The US and other European countries have also established a well-managed set of regulations for trading and running a business with the cryptocurrency. However, in India, the market for cryptocurrency has not yet been legalized and the government is working with the RBI and certain regulators of finance in the country for establishing a stable market for the digital currency. It is also a well-known fact for the people of India that there are certain platforms like Bitcoin India, Unocoin, Coinsecure, etc. for the trading with few Bitcoin ATM’s located at limited places in the country. As of now, the market for cryptocurrency is growing around the world with limited knowledge about cryptocurrency for people.

The position of Bitcoin:

Since the beginning of the year 2018, the bitcoin is contently falling. On June 23 the cryptocurrency market has again demonstrated another correction as nearly about $13 Billion were wiped out of major cryptocurrency Ethereum, Bitcoin, Ripple has recorded nearly about 5% loss. There has been a constant war going on between Bitcoin and Etherum in the crypto market for long and recently, it has been noted that the market value for bitcoin has been diminishing as compared to its earlier stages. Recently, a famous exchange in South Korea saw the drop in market value for bitcoin hitting the bottom. It was also reported that this was a hack being done on the exchange. However, China has given out a clear ban on bitcoin in its country fearing its usage in the capital tax evasion.

In India, it is a known fact that the bitcoin has neither been legalized nor considered illegal. It is such that there have been no proper regulations introduced. Although, as mentioned earlier, bitcoin has never lost its popularity and people get attracted towards it a lot for its higher returns. So, there is no other option for the government that giving out proper guidelines for investing in the cryptocurrency. If not, illegal trading would take place leading to falling in economy paving the way for other major issues. As far as the investment is considered, the moment you decide to invest in bitcoin, the word “smart” loses its value in your context. There is no smart investment while it comes to digital currency as every single penny invested has an equal chance of giving high returns or extreme losses. In the recent times, Arun Jaitley, the Finance Minister of India, announced that the government would not recognize cryptocurrencies, but would make use of the blockchain technology.

What is the future of Cryptocurrency?

Certainly, the cryptocurrency is the future, however, there will be a number of regulations and correction, yet to be imposed before it finally gets stable. Any market to maintain its stability must have a better return rate and withstanding capacity to give the best benefits to the investors at a minimum level of risk involved. With all the elements present in the cryptocurrency, there is a major element of risk involved that makes it quite precautious before investment. However, with the current trends of the variety of cryptocurrencies like Litecoin, Ethereum, Zcash, etc; it is quite vivid that there would be a drastic change in the future with regard to regulation of currency. It may also turn out that the cryptocurrency may replace the national currency, not entirely, but a part of it. It is unique in its own style as it stays free from the relationships restricted to countries as in case of traditional currencies.

Taking into consideration that RBI has banned the local banking sectors to finance bitcoin investment, the government has been moving towards the negative side for the decentralized nature of cryptocurrency. It is also true that a common man in India supposedly has no knowledge about the digital currency and the crypto market. Aiming towards a highly digitalized economy is important and considering the fact that, there is no wide awareness among the public for this currency is a factor that brings down the crypto market in India.

Ultimately, it lies in how potentially the investor makes use of the market. For better and customized usage of the market for trading, few tips on trading of cryptocurrency are –

“Nick Szabo, the prominent Bitcoin developer and smart contracts developer, stated that the Bitcoin price will continue to decline until it stabilizes and uncertainties in Bitcoin are fully eliminated.” 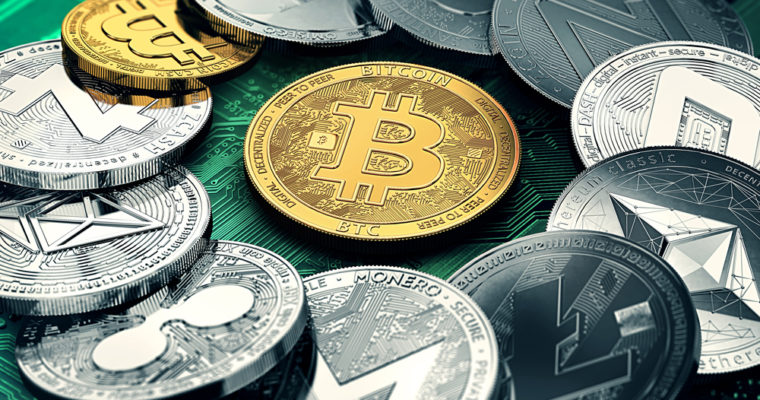 How to show income from cryptocurrency, In your Income tax return in India?