7 Business Ideas you can start with a low budget.

Yes Bank  is an Indian private sector bank ,was founded by two people Mr Rana Kapoor and Mr Ashok Kapoor in 2004.Presently,Yes Bank come under the the top 10 private sector banks in India. Major revenue of the bank is generated is through corporate lending .Corporate Lending means providing  services to larger customers or organizations such as  brokers, corporate clients, mid-sized companies, real estate investors, international trade finance businesses, institutional customers, and services offered to other banks or other financial institutions.

Their revenue is divided roughly by 65% in Corporate Advances and 34.4 % in Retail Sectors.

2.Rise and Fall of Yes Bank-

In 1999,Ashok Kapur, Rana Kapoor and Harkit Singh came together and partnered with Netherlands bank and set up Non Banking Financial Institution in which there share was 25 % and Netherland’s bank share was 75%.

Yes Bank’s Chairman Ashok Kapur was killed by terrorists and was  found dead on the 18th floor of Mumbai’s Oberoi (Trident) Hotel, which was under terrorists’ siege for several hours since late Wednesday evening.

In 2012,3-4 yrs later,Rana Kapoor published brief history about Yes Bank and there was no mention of Mr Ashok Kapur,who was also the equal partner of this NBFC.

Rana Kapoor appointed some board of directors ,then Mrs Madhu Kapur,wife of Mr Ashok Kapur lodged a complaint and requested to appoint her or her daughter as Board of Director

Then came the Asset Quality Review which means Bad loan or Non Performance Asset.It’s the bank’s responsibility to perform audits to match their NPA’S with RBI to calculate Loan Diversions.

In 2016,Qualified Institute Placement was withdrawn.

In 2018 June,shareholder of YesBank approved the appointment of Mr Rana Kapoor as CEO but RBI only validated it till 31st Jan 2019. The Bank’s board will follow the RBI’s directive that the current CEO and MD Rana Kapoor should step down by end-January.

In the board meeting, the bank said it has performed consistently under the leadership of Kapoor. “The Bank has a proven track record of consistent delivery of business and financial outcomes over the last 14 years, since the commencement of its operations in mid-2004, across all parameters such as capital adequacy, credit risk, profitability, operating efficiency, growth, etc,” it said in a regulatory filing.

Ashok Kapur, who had been the managing director and CEO since the bank’s inception in 2004, had sought a three-year extension till August 31, 2021. However, RBI did not agree to the request and permitted him to continue only until January 2019.

Net profit margin is calculated by dividing profit after tax by the total income generated and shows what is left for the shareholders as a percentage of total income.

Cost to net income ratio is important in valuing banks. It is derived by dividing operating expenses by net income generated (i.e. net interest income plus the other income). The ratio says the efficiency with which the bank is being run – the lower it is, the more profitable the bank will be. If this ratio rises from one period to the next, i.e. that costs are increasing at a higher rate than income. Together these ratios help in estimating the cost and profit structure of the bank and analyzing business inefficiencies.

Other types of income comprises of fee income such as commission, brokerage and client based merchant foreign exchange trade, service charges from account maintenance, transaction banking ,syndication and placement fees, processing fees from loans and commission on non-funded products etc.

Banks in developed countries derive 50% of the income from these non-funded sources. For the net profit ,A high other income to net income ratio

is good as income from this stream is derived without significant mobilization of deposits and hence cost which is  associated with this income is relatively lower as compared to interest income.

Advances to Loan funds ratio: This ratio tells us about the efficiency with which the bank is able to deploy the funds it mobilizes and calculated by dividing the banks total advances by its total deposits.

A high advance to loan fund ratio says that the bank might not have enough liquidity to cover any unforeseen fund requirements; if the ratio is too low.

Return on Net worth (RONW): calculates the amount of profit which the company generates money invested by the equity shareholders (i.e. share capital + reserves and surplus). ROE draws attention from the return generated by the shareholders on their investment in the business.

ROE is  used in comparing the profitability of the company with other companies in the same industry.

NIM: Banks focus on lending or advancing money at a rate which is higher than the rate at which they are accepting deposits.

We get Net Interest Margin by dividing the difference between Interest earned (on advances) and interest expended by the amount of (average) Invested Assets. If this ratio is rising from one period to the next, it indicates that the bank is able to deploy its funds more efficiently which results in greater profitability.

Capital to Risk Weighted Assets Ratio (CRAR) is the bank’s capital (net worth plus subordinated debt) which is expressed as a percentage of bank’s risk weighted credit exposures (loans).

Two types of capital are defined as tier I capital, which can absorb losses without a bank required to cease trading (such as ordinary share capital and free reserves) and tier II capital, which absorbs loss in the event of a winding-up and  provides  lesser degree of protection to depositors (such as long term unsecured loans and revaluation reserves which has a discount of 55 % while determining its value for inclusion in Tier II capital).

Measuring credit exposures requires adjustments to be done to the amount of assets shown on a bank’s balance sheet. This is done by weighting the loans made by the bank according to their degree of riskiness, e.g. loans to Governments are given a 0 %weighting whereas loans to individuals are weighted at 100 %.

Yes Bank Ltd is engaged in providing the range of banking and financial services. The Bank operates in four verticals:

The Treasury segment has the investments of all the financial markets activities on behalf of the Bank’s customers trading maintenance of reserve requirements and resource mobilization from other Banks and financial institutions.

The Other Banking Operations segment includes para banking activities such as the third-party product distribution and merchant banking.

Yes Bank’s branch network  has1050 branches and its ATM network stood at 1724 as on 31 December 2017 which includes 573 Bunch Note Acceptors/Cash Recyclers.

The branch and ATM network is there in 29 states and 7 Union Territories. Yes Bank Ltd was started on November 21 2003. The bank was founded by Rana Kapoor.

The Bank got certificate of commencement of business on January 21 2004. In the year 2005 they diversified into retail banking with launch of International Gold and Silver debit card in partnership with MasterCard International.

In June 2005 they came out with the public issue and their shares were listed on stock exchanges.

In December 2005 the Bank got Corporate Dossier award from Economic Times. In the year 2006 the Bank was honoured with the Financial Express Awards for India’s Best Banks.

In the month of April 2007, they also made a tie-up with the Agriculture Insurance Company of India (AIC).The Bank was ranked as the No 1 Emerging Markets for the most Sustainable Bank of the Asia at the FT/IFC Washington Sustainable Banking Awards 2008 in London.

Also, this bank was ranked as number 1 bank in the Business Today-KPMG Best Banks Annual Survey 2008.During the year 2008-09 the Bank opened 50 new branches and also 18 new off-site ATMs.

At the beginning of Financial Year 2010-11 the Bank embarked on an ambitious journey for the next phase of growth and launched YES BANK – VERSION 2.0.

On 18 September 2013,Yes Bank announced that it has successfully got USD 255 million by the way of Dual Currency Multi-tenor Syndicated Foreign Currency Loan Facility. The facility has the maturity of 1 and 2 years with majority commitments coming in the 2 year tenure bucket.

This loan has been widely distributed from 11 banks representing 8 countries across US Europe Middle East Asia and Australia. The said facility will be utilized for general corporate purpose and trade finance for our valued clients.

On 31 March 2014 Yes Bank proclaimed that it has recently raised additional USD 34 million from DEG through a long term senior loan agreement for a tenor of 6 years.

This loan arrangement is following the path of Yes Bank raising dual tranche USD 150 million from IFC Washington a member of the World Bank Group for tenor of 2 and 7 years in December 2013. Yes Bank was first institution globally to receive funding through IFC’s Managed Co-Lending Portfolio Program and the first Indian bank to raise loan under IFC’s A/B loan facility

In the latest news :

Rakesh Jhunjhunwala (India’s warren buffett) baught Yes Bank Shares worth Rs. 87 Crore. The news give positive sentiments to the market as a result yes bank Share price get 9% up on 05 Nov 2019 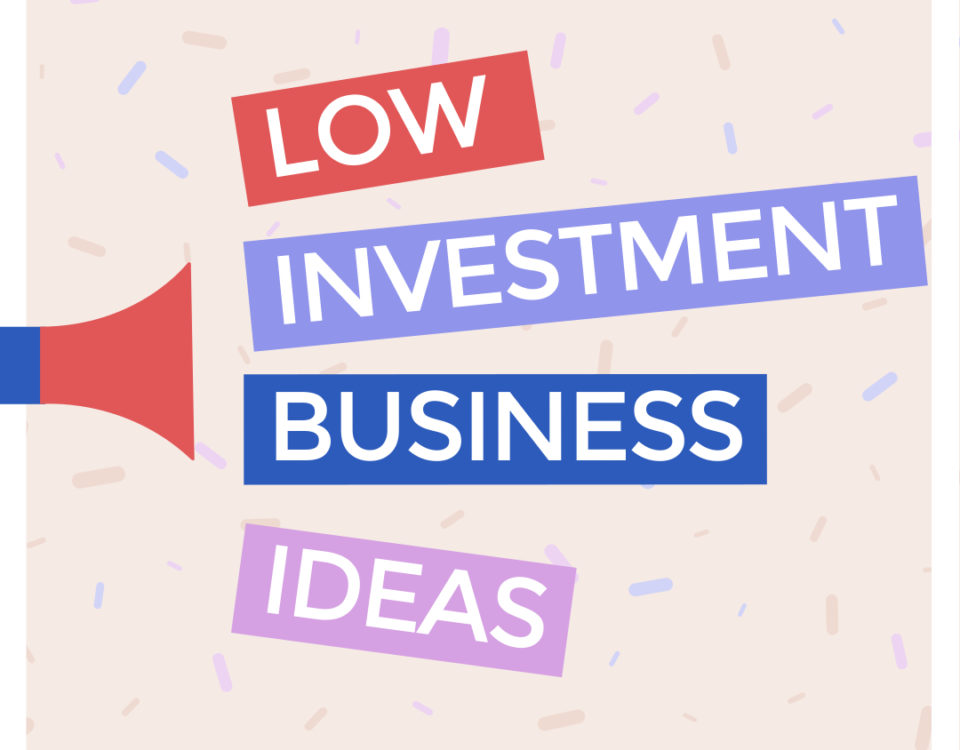 7 Business Ideas you can start with a low budget.